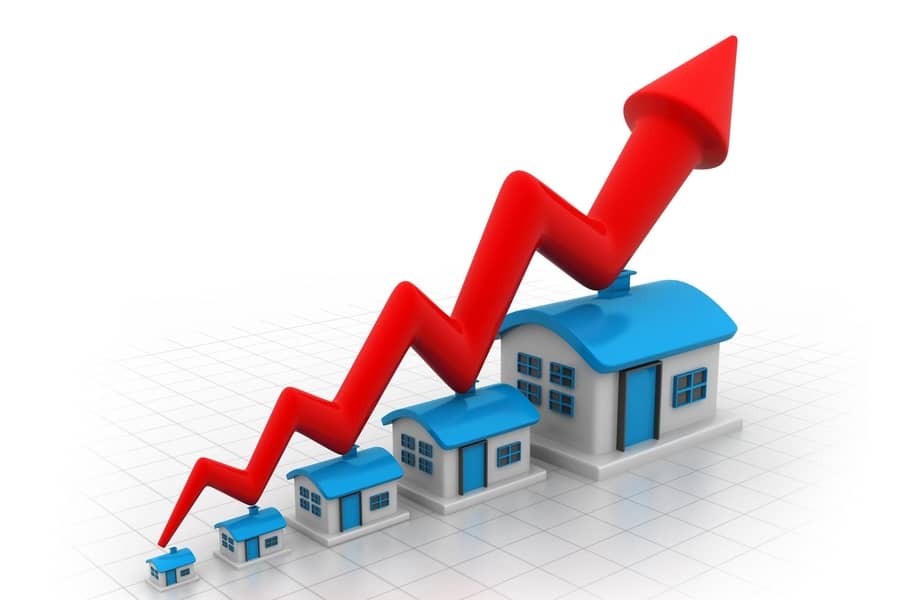 It's easy to become discouraged when reading about the skyrocketing cost of buying a home today, but a little comparison from state to state shows that the increases over our lifetimes has varied widely. There are dozens of calculators looking at these figures, so let's just use some general estimates.

Connecticut home values through the years

Connecticut home values, before this latest spike, peaked at about $300,000 in 2007. If you go back to the highest point of market value before that, in 1987, Connecticut was among the most expensive states in the country for real estate prices. People who moved here for work were had sticker shock, when it was time to buy a house.

Today, while numbers have shot up everywhere, the Connecticut values show a range in the low- to mid-$300K range, meaning that overall median values have gone up somewhere in the range of 10-15% since 2007. Now we are in the middle of all states in value, instead of at the very top.

Therefore, when we look at the rising cost of homeownership, we have to consider the starting points. In addition to falling in the middle of all areas, we also have a percentage rise that came on a much lower value than in previous peaks of rapid appreciation. Since prices here actually fell for many years from 2008 on, a rise of the same amount would be a bigger percentage in Connecticut than in California.

Real estate is, and always has been, a cyclical industry.

Home prices go up and down with changes in the economy. Taking a measurement at any given time can be dangerous. In general, though, if you are trading properties, it shouldn't matter whether you sell high and buy high, or sell low and buy low. Over time, even first-time buyers will see things even out. However, it does seem clear that Connecticut, taken over the past forty years, has current home prices that don't seem as inflated.

In forty more years, we will find out more. In the meantime, it's always a good idea to live where you will be happy.